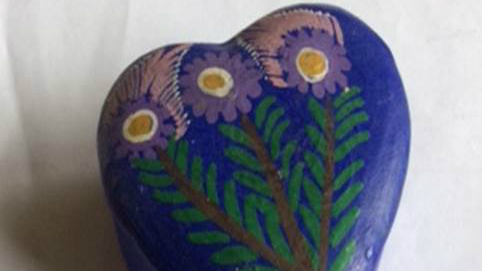 On a recent visit to my parents’ house, one of my children discovered a small heart-shaped pot that I have had since I was a teenager. Recalling that this is where I used to put jewellery when I was a sixth former and at university, I was interested to see what was in it. I had rarely, if ever, opened it in the last 13 years. Used as a storage space frequently between the ages of 16 and 22, the box is like a time capsule, providing vivid reminders of becoming an adult and experimenting with dressing up. The items in there are not, in themselves, cherished; they include earrings (often only 1 of a pair), necklaces I would never wear again, and amongst this a few (used) fake nails. If I wasn’t doing this research project, I would probably have binned the false stick-on nails instantly. As it is, I have kept them in there; they are part of that time of my life, and evoke bodily experiences that would otherwise be lost.

These false nails in my own possessions are examples of an important category of objects within the wider dormant things project: things that fall at the boundaries of bodies. These include former body parts such as hair (such as an old plait as a reminder of a former self), children’s hair from a first hair cut, children’s milk teeth, participants’ own milk teeth generously (!) given by their parents, and the ashes of the deceased. Even more people kept hold of things that were body prostheses such as crutches, a wig for a period of hair loss and old glasses. So why do we keep these things? Many people seem to be ‘freaked out by’ or repulsed by these things (such as teeth!) even when they continue to keep hold of them. We may feel unable to get rid of something that was once part of our body, or as these things capture a moment that is lost, and a body that has changed. In the case of glasses, we perhaps feel unable to get rid of something that has been so central to our bodies, as part of the aesthetics of our appearance, and mediating our vision from when we wake up to when we go to bed. These types of objects all change our bodies, by helping us to see, extending our fingers, how we walk or use our bodies. As part of the body, or extensions of it, they may also powerfully evoke the bodies of others. 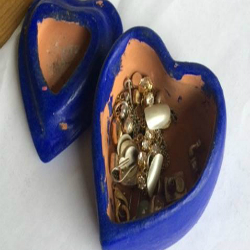 One of the arguments of material culture studies is that there is no impermeable boundary between things and people, as our sense of self, our bodies are partly constituted by things such as clothing and glasses. Things become part of our extended bodily self. When teeth fall out, or hair is cut off, the opposite happens – body parts become things. They still powerfully evoke those bodies. Objects that were once part of our/someone else’s body open up the ways in which dormant things sitting in a drawer, box or attic are still vibrant and alive. The hair will not carry on growing but these things are still vital and alive.

Interesting ideas if potentially ghoulish! I was just trying to think if I have anything equivalent. Glasses with me don’t go very far back. There is always my Jeune House rugby shirt from schooldays, soaked in blood and mud and relaundered to the point of raggedness. I suppose some objects gain significance simply through having survived, whereas some other things, which may have in the past appeared to be more significant, through having been lost, if not actively thrown away, lose significance.

Clothes are a good example as they hold our bodies (and its bloody excesses!). It is interesting how people often see their own hair and teeth that they have kept as ghoulish but still can’t get rid of them

I was just thinking why do we feel the need to organise drawers? Why can’t our drawers be time capsules with layers of our lives just waiting for rediscovery?

I love nothing more than to go through drawers in my craft room and finding long forgotten things and projects. Then being inspired all over again, maybe to complete that project or to start another with fresh ideas and experience gained since the abandonment of the treasure.

Your observation resonates as well not only in terms of how people are inspired to reuse thing, but also in terms of how things provoke memories. If an object that reminds people of the past/another person is stashed in an unordered drawer/box, every time it is re-encountered it often provokes a very powerful reaction – much more so than if it was an organised ‘memory’ item.

In the case of glasses, I suspect that the answer is rather more prosaic: glasses frames have an intrinsic value all of their own, and can be re-glazed. Furthermore, like most people who wear glasses, I find I have quite a long period of making micro-adjustments to frames before they feel completely comfortable.

As such, as long as the frames are not worn out, keeping frames that you know fit well is a good idea, as they can be re-glazed with a new prescription of lenses.